Here are the 15 Japanese Buzzwords 2017 which topped our list this year. The 流行語 (Ryuukougo) or buzzwords are fashionable slogans or terms which have become popular in their own right. They usually have an infamous backstory to explain their sudden claim to fame too. We have included the following list of the most notorious Japanese references below:

The most well known and repeated phrase from both Trump’s political campaign and Presidency is ‘America First’. Even for non-Americans, it would have been difficult to dodge the hype. Alas, that nationalistic tone has found its influence over the Tokyo area too. The Tokyo Governor Ms Yuriko Koike has also embraced the phrase for own agenda. She coined the phrase ‘Tomin Faasuto’ (Tokyo citizens come first), to build up her local support.

The phrase itself, however, is very versatile, lending itself to other variations such as ‘レイディズファースト’ (Ladies First) used to describe gentlemen or general rules of respect.

I am referring specifically to the Social Network addicts of Instagram here. These are the types of people who will go to the nth degree to ensure their precious photo is picture perfect. Of course, I exaggerate, but these people are motivated by ensuring their mobile work of art is as aesthetic as possible. Through a choice of filters, and even colour settings, like hue, contrast, saturation levels and more they can. Maybe you know a person or 3 like this …

These are contemporary, yet highly enjoyable kanji textbooks for elementary students. Inside they introduce various kinds of Kanji (Chinese Characters) via references to ‘うんこ’ (poo) in example sentences or phrases. It is definitely more engaging for this particular demographic to try to appeal to them through toilet humour. Furthermore, if popularity is any indicator, apparently it has been successful in its endeavour to educate children. These days the range of books is expanding into the ‘Onara’ (fart) range too. We’re just glad the books don’t carry any of the woeful odours you associate with these kinds of images.

Literally translated into English it means ‘conspiracy’. However, in the context of 2017, it relates to a recent change in regulations granting additional powers to police in relation to terrorist plots and activity. The latest change gives police greater strength to detain (and potentially arrest) an individual or group of people. Even if they only considering a terror attack, without actually follow through action. This is sufficient to warrant an arrest. 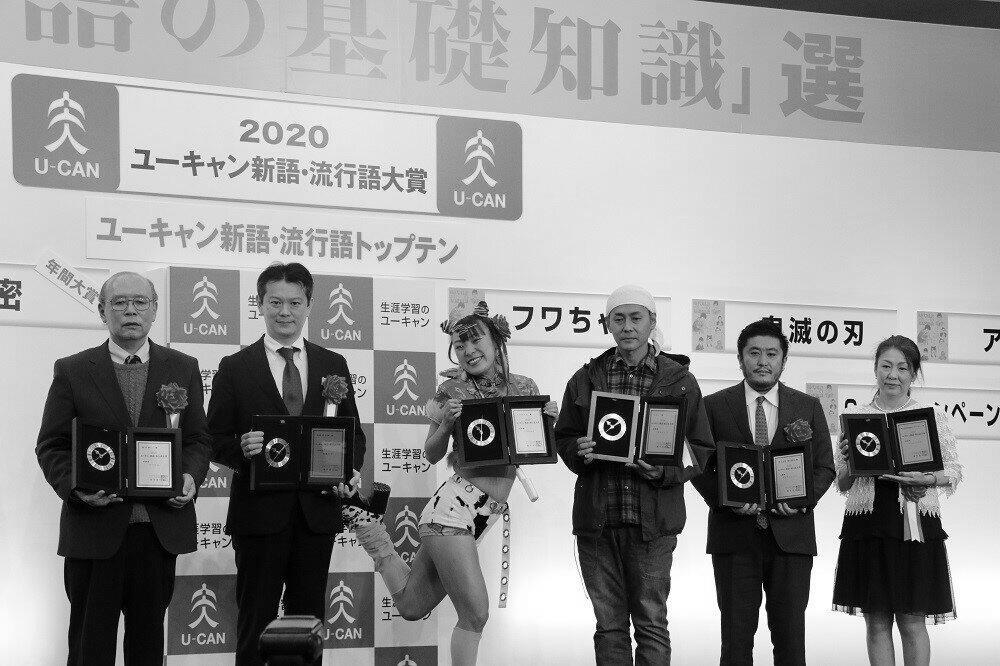 This is the newly constructed and glitzy mall situated in the fashionable shopping district in Ginza, Tokyo. Decked from top to bottom in premium brand outlet stores and flashy restaurants. The mall can be found on the sixth block of the Ginza district (銀座6丁目). It is generally viewed as an exclusive place for the richer echelons of society or tourists with plenty of cash to burn.

The warning system established by the Japanese Government was developed to notify its citizens in the event of impending danger. Its main purpose was to alert the public of incoming North Korean missile’s. Additionally, it also serves to inform the community about other natural disasters including earthquakes, floods, typhoons, tsunamis and more. The technology is meant to provide a warning via TV and Radio broadcast and via mobile phone message alerts too.

A simple reference to people who try to guess other people’s desires or expectations. These people are usually acting with the intention of pleasing someone more senior (usually a manager or superior).

This refers to the record number of Japanese aged 100 or above. Perhaps you have heard about Japan’s ageing population or exceptionally long life expectancy? Well, combine these two factors and the result is a whopping 67,000+ people aged either a century or more. This record even surpasses the number from the previous year which was said to in the 65,000 mark.

Is the common name for ‘Sleep debt’ or ‘Sleep Deficit’. That is, the lack of sleep one accumulates over time if they continue to cut short the amount of slumber they get per night. More recently, Stanford University released a book with a similar title warning of the dangers of continued sleep deficit. It explained the long-term risks and impact that it can have on the body.

Recently, the Federal Government and broader business community have been pushing for better working conditions. This includes improvements in reducing overtime, increasing wages and encouraging greater investment into innovation and development. The government have been partially successful in capping overtime so far. Yet, it is easy to argue that there is still a long road ahead in terms of change.

The highly ambitious campaign was designed to encourage employees to leave their workplaces at 3 pm on the last Friday of every month. Despite this, the campaign was almost over before it began. It drew in little support from the corporate sector. Moreover, it failed to reinvigorate the consumer sector nor help ease the burden on stressed and overworked staff.

Popular toys or spinning gadgets have been quite the rage for young and old, referred to as ‘Finger Spinners’ in English. Many even took to Social Networking to debut their latest designs and iterations. These can range from simple spinners to dangerously close replicas of Shuriken (sharp ninja stars) and more. This simple invention is a fidgeters dream gadget, keeping one amused for hours at a time. Particularly, during extended periods of boredom or like long meetings or lectures.

Yet another term picked up from Trump’s overused word bank. This time it relates to not only respectable media outlets but basically anyone with a website or blog. In pure terms, it means creating fictional or untrue stories for the sake of attracting attention (click bait). It is probably safe to say that no one is safe out there now…

The popular name was given to personalities who have found fame and fortune through Google’s online video platform. As a YouTube personality, of course you are responsible for your own content. They can take advantage of affiliate advertising, sponsorship, product placement and more to make money too. Currently, it is an aspiring career for the younger generation of Japan. The desirability levels could now be comparable to that of a famous Movie or TV star.

Originating from the term describing a single person who single-handedly operates every aspect of their own business. The definition now extends to single or independent parents who raise their children on their own. This is also symbolic of the increasing trend towards single-parent families. Plus, married mothers and fathers who take on responsibility for caring for their children without any help from their partner.