The 1988 classic film Grave of the Fireflies (火垂るの墓) came way before Studio Ghibli’s (ジブリ) many classics such as Spirited Away (千と千尋の神隠し), Howl’s Moving Castle (ハウルの動く城) and My Neighbor Totoro (となりのトトロ). However Grave of the Fireflies will always be the classic movie to me, and without exception my favourite. Based on the book written by the late Akiyuki Nosaka (1930-2015), and is said to be inspired by the loss of his sister due to malnutrition during World War II. It explores the horrors of war and pain of losing loved ones in a sad, but epic tale from Japan’s war-torn past. A warning that this movie is a real tear jerker for even the most hardened of personalities, so make sure you stock up on your tissue supply!

Portrayed towards the end of World War II as Japan is on the verge of surrender, the movie takes place in the ravaged town of Sannomiya in Kobe, Hyogo Prefecture. It begins as the area endures another round of destruction from American air raids, we see Seita (elder brother) and Setsuko (younger sister) trying to elude the carnage. The film follows their escape, as they are separated from their mother trying to escape the devastation the constant bombing leaves in its path.

Without spoiling too much of the plot, especially for those who have never yet experienced this film. We join Seita and Setsuko in search of their lost mother, and we experience their relationship Seita as the protective elder brother, and Setsuko as the vulnerable younger sister. The movie touches on the pain of loss, the challenging situation these two siblings face and their ongoing struggle to stay alive.

READ ALSO  Journey in Japan Part 8: Mushroom with a View

I feel the story is somewhat similar to some of the horrific recollections I heard while visiting the War Memorial in Hiroshima’s Peace Park. The tales were graphic in their depiction and increasingly depressing, full of tears and despair. Similarly, this movie even in its animated form exhibits scenes, which are both gruesome and confronting, reminding us of the harsh truth of the times. 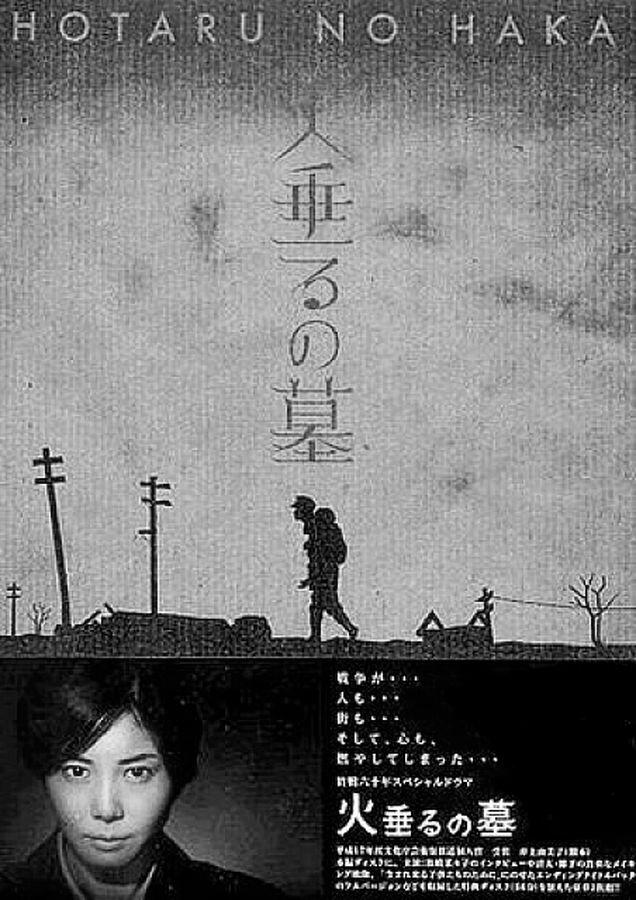 The film isn’t all doom and gloom though, as the title suggests ‘Grave of the Fireflies’, while referencing death, also embraces the beauty of these flying beetles. In contrast to the shadow cast by this movie, they light the way to a new beginning for Japan as it rises from the ashes. In various scenes during the movie, the fireflies, in all their beauty and spectre, also act as a shining light and inspiration for the children. Even when you are engulfed in sorrow (grave), there is always a way out, a light at the end of the tunnel (the fireflies).

Throughout the movie, we also see subtle references to a tin of fruit drops (Sakuma Drops or サクマ式ドロップ), which Setsuko holds onto for her dear life. That familiar rattle of the last drop rationed inside the tin container, this sound continues to be a solid reminder of how much they fight for their survival. Believe it or not, you can still buy these from Japanese Confectionery stores, as they are still a popular treat today. They even have them listed on Amazon here.

The movie explores some heavy themes, especially for an animation movie, touching on the horrors of war; the trauma of death and also the sheer destruction and suffering Japan went through as a result of its aggression.

The art style is also brilliant as it matches the mood of the movie. Sometimes bleak and faded out when focusing on the loneliness of the sibling pair. At other times slightly distorted and washed out during the rainy periods of the film. When switching to scenes of the fireflies, we see the swirling bright illumination of flying bugs painting their own canvass by lighting up the shadows. Comparatively, during the flashes of bombing and in the midst of agony and defeat, shades of red stream across the screen illustrating how dire their situation becomes.

The music is also both memorable and emotional for the entire course of the movie. In the scenes of Setsuko’s happiness and joy, the distinct sound of a harpsichord plays a simple childhood lullaby. Transitions to more daunting and tormenting segments of the film are accompanied with a more confronting and militaristic orchestral tune. In the scenes of the fireflies, the background instrumental sounds play out a melodic fantasy from the highest heavens to emphasize the beauty of the moment.

From my perspective, experiencing the movie in its original Japanese dialogue is the best and most authentic way to appreciate this movie. From Setsuko’s chirps of joy and whine’s of depression to Seita’s voice of reasoning, strength and desperation, we can truly feel the struggle that these two endure.

In some ways, the movie also reminds me of a recent release titled ‘In this Corner of the World’ (この世界の片隅に) based on the World War II atrocities experienced in Hiroshima and its surrounding areas. We see very common themes as we follow another family’s struggle through thinning food rations, conflicting relationships and fight for survival.

Overall, the movie’s ultimate appeal lies in its emotional story, its recreation of Japanese history and the suffering of its people as it comes to terms with absolute surrender. While this is evidently a sad story that touches on extreme themes including death itself, it also serves as a clear reminder that there is no beauty or solace in war.

Topic Marker and Sentence Ending Particles – は, も, よ ＆ ね！
In this exercise, we will examine the main particles
023

The State of Being – だ, です, じゃない and じゃありません
In this exercise, we will explore the equivalent expression
014